On October 26, 2017, it was announced that YouTube had given the production a series order for a first season consisting of ten episodes set to premiere in 2018. The series was created by Mika Watkins who was also expected to serve as a writer and executive producer alongside Andy Harries, Rob Bullock, and Suzanne Mackie from Left Bank and Josh Appelbaum, André Nemec, Jeff Pinkner and Scott Rosenberg. Production companies involved with the series were slated to consist of Midnight Radio, Left Bank Pictures, CiTVC, and Sony Pictures Television.[1]

Origin follows a group of strangers who find themselves stranded on a spacecraft bound for a distant planet. The abandoned passengers must work together for survival, but quickly realize that one of them is far from who they claim to be.

Principal photography for the series took place in 2018 in Cape Town, South Africa. 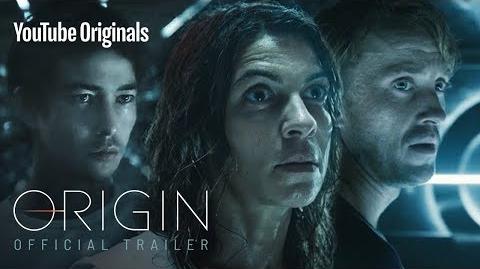 Retrieved from "https://origin.fandom.com/wiki/Origin?oldid=865"
Community content is available under CC-BY-SA unless otherwise noted.